How to NOT be Awkward 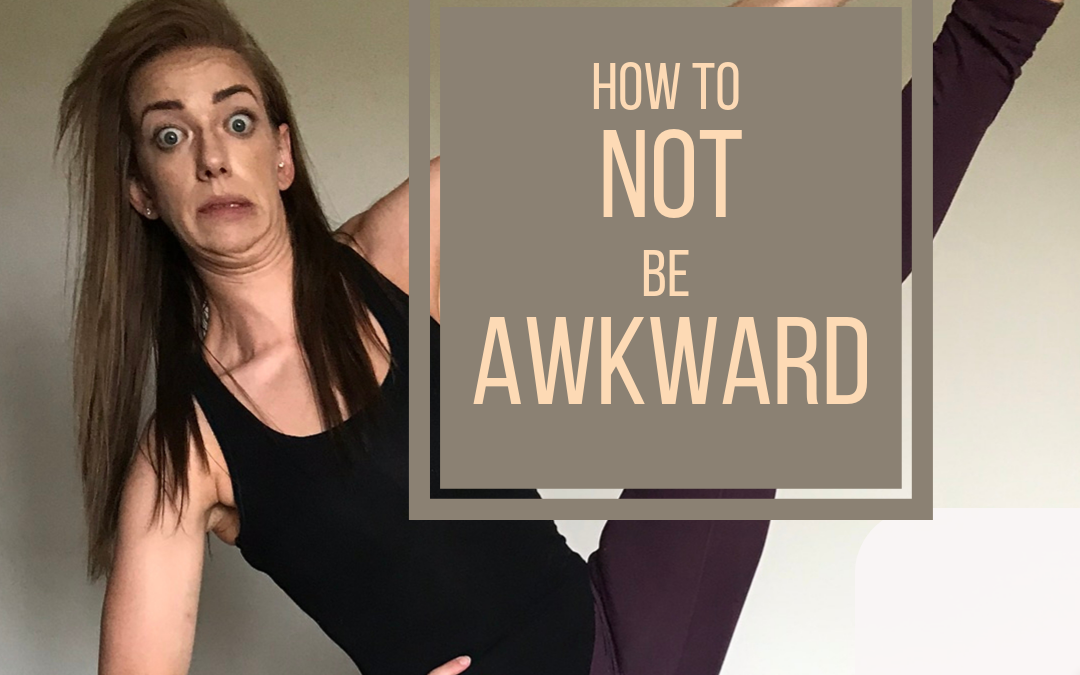 How not to be awkward. I can just hear some of you thinking “I’ve seen your videos, Jess….and, uh…MAYBE you aren’t the best person to teach this particular lesson. Just sayin.”
I get it, and I totally disagree. Because being “awkward” myself is the reason I don’t believe awkwardness is even a THING.
What the what? You heard me. Awkwardness is not a thing in and of itself. It is an OUTCOME, the result of confusion and lack of authenticity. And that outcome has a solution (though it takes courage and practice.) What is it? Why, an engaging cocktail of confidence, curiosity, honesty, and vulnerability.
Well, that was super vague, right? Let’s look at what happens in an awkward situation so you can see what I mean.
You or I (the awkward ones) do or say something. Then someone else in our vicinity becomes confused. They are either confused because they don’t know what you intended when you acted or spoke, OR they are confused because they don’t know what to say or do in response (or both). Often, this confusion forces them into a kind of stunned silence, which is generally the moment when we both realize that we did something “awkward,” and when WE OURSELVES become confused about how to respond, leading to more silence and more awkwardness.
But what’s really happening here? The person who is confused is likely trying to decide if we were being funny, sarcastic, serious, or something else when we spoke. They’re not sure. But rather than simply ASKING us what we meant, they wait, trying to figure it out on their own. Why?
The most likely answer is that they are afraid they will offend us if they do so. Because if we were trying to be funny and they didn’t get it, we might be hurt. And if we were trying to be serious and they thought we were joking, we might be angry. Finally, if they consider what we said or did to be inappropriate or embarrassing, they might not want to be the ones to mention this to us as this could create a slew of negative emotions in us. They don’t want to risk any of these scenarios, so they wait, and awkwardness results.
But the blame doesn’t lie solely with them. Because we do the same thing when we notice their “awkward silence.” We feel a rush of emotion, perhaps shame (because we WERE trying to be funny and now assume we were NOT) or rejection (because we were trying to be serious and they are not showing understanding) or fear or embarrassment or….on and on and on. And then, rather than expressing our awareness of lack of clarity at hand and asking if we could be MORE clear, we perpetuate the situation with our own silence.
Okay, so that’s the situation. Here’s my proposed solution to myself and all my fellow awkwardians.
Stay weird, friends. 🙂
P.S. To get in on my free, 7 day trainings on emotions, ADHD, Christianity, and more, search for “Free Trainings with ETC” on Facebook and request to join the group!